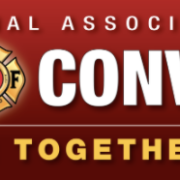 The IAFF Executive Board met on May 4, 2020, at 1:30 p.m. (EDT) to discuss the upcoming 55th Convention that was scheduled to take place in August in Orlando, Florida.

After considerable discussion, the Executive Board passed the following motion based on its authority in the IAFF Constitution, Article IV, Section 1, which states, “Should extreme or unusual circumstances be such as to prevent the opening of a convention before August 20 in the city selected by the delegates as its convention site, the Executive Board shall designate a substitute city or substitute date as soon as possible, notification of which shall be promptly sent to all local unions and other subordinate bodies for communication to their delegates.”

Due to the COVID-19 pandemic and with the current uncertainty of safely holding large group gatherings and the various federal, state and local travel restrictions, I move to reschedule the 2020 Convention until January 2021 in place of the 2021 Affiliate Leadership Training Conference (ALTS) in Las Vegas, Nevada, as a business-oriented type convention to include at least one day of optional training for affiliates. This is out of an abundance of caution for the health, safety and well-being of our members.

Based on this motion passed by the Board, the new dates of the IAFF 55th Convention are January 25-29, 2021, at Caesar’s Palace in Las Vegas, Nevada.
With this decision by the Executive Board, the 2020 Convention Call that was previously sent (based on the August dates) will be revised. In addition, guidance will be provided to all of those who have previously registered for the August Convention.